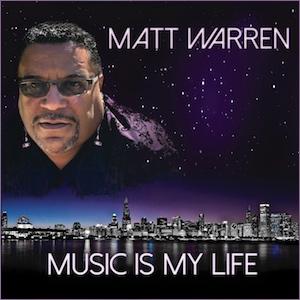 House music has always spoken to those that are slightly ahead in the curve, of what trends become in music. Since the 1970’s in Chicago, House developed naturally among the gay club community through the auspices of DJ’s like Frankie Knuckles. House has splintered off into many different categories each having its own set of standards and audience. Now it is pioneering DJ House Music producer Matt Warren setting the tone of where the next House Music craze is coming from.

Aptly titled NU House, it shows how House Music is getting to the people directly through the DJ’s that do it best. This is reflected in the promotional video for Get On Up, the lead single off of Matt Warren’s NU House album, Music Is My Life (on the Wake Up! Music record label). The first three to five seconds of the video sets up the past and the future of NU House and how it is finding its level out there in the rest of the dance heavy spots in the nation. The camera opens the video with a shot of Chicago, the Mothership of House Music. It touches upon a musician, and then cuts to a pair of dancing Kinky Boots, and then onto to the maestro DJ Warren at the turntable. The dark and atmospheric shadows and lights dance seductively with each other, set in motion by the insistent beat, with tropical flavors. You now have the proper set up for the stylized NU House to begin its birth.

NU House is aimed for the dispersion that has happened in city life. Gone are the days when it was clustered around the “Warehouse” concepts of dance music that have ruled the roost for so long. The old House Music was ghettoized and kept in place by societal and economic boundaries. That is no more. Now the music has trickled down and out into the suburbs and contemporary urban settings. The video reflects this change naturally. The new dance floors are going to be in the brick lined grotto-like settings, still slightly hidden and walled off and attractive to those that are searching for this kind of dance experience.

The styles of clothes have changed, but the sharp creases and colors have not. Everything is done in a slightly less peacock fashion. Now the clothes seem to be more about self-expression, and it appears to be walking hand in hand with this next generation of NU House music that is rising in Chicago again. Get On Up, does tread some familiar ground thematically, but so what? House Music is not, I repeat not, about chilling and sitting on your AZZ. This is about the beat entering heart and mind. Like all great dance music one phrase can sum it up; free your mind and your dancing azz will follow. With his level of experience in his career, Matt Warren is doing what all great learned artists do. Taking experience in and then giving it back out again in a new and better form. NU House rules have now been made and we should all follow them, right on out to the dance floor, wherever it may be.

One thought on “NU House DJ Matt Warren’s Music Is My Life.”