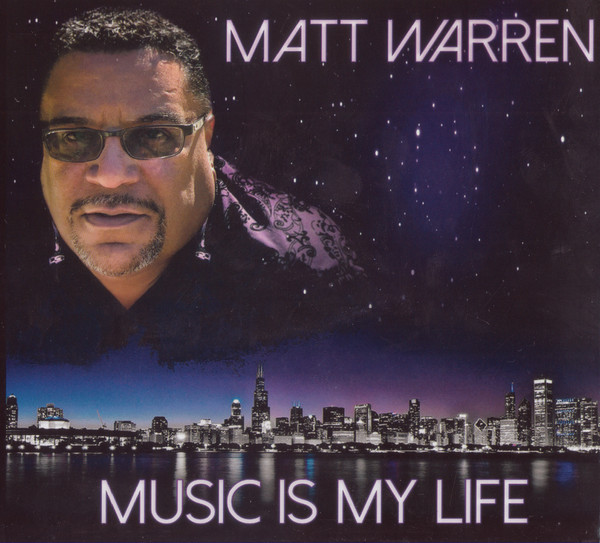 Review Summary: Matt Warren is the godfather of Chicago house music and his new release, Music Is My Life (Wake Up! Music), makes you want to hit the dance floor and get down with the beat.

I’m a bit too young to have been around to dance to Matt Warren’s early releases in the 80s. But listening to his album Music Is My Life makes me believe it’s still not too late. Ten individual songs and one that’s a remix of the Catch Me If You Can song brings the count total up to eleven tracks on this record. For my dance card that’s more than enough for a girl to get her boogie on and trip the light fantastic to. Warren’s the kind of DJ that knows how to change it up on the dance floor and keep his crowd bopping to the beats he spins on his turntable.

Some say that Matt Warren is the godfather of Chicago house music. Now he’s back behind the turntables and collaborating with an array of artists on an album he calls “Music Is My Life” (Wake Up! Music). With four decades of music business experience and hits such as “Rock the Nation” and “Bang the Box”, he’s the man who has been considered as being the first DJ in the scene to release what became known as hard house tracks, and someone who’s never been content to re-walk the past roads taken by others but one to create the groundwork for new avenues that he and others may travel upon. And the dance world has never been the same since.

“Music Is My Life” begins with a cover of Queen Latifah’s 1992 hit “How Do I Love Thee” and pushes the tempo up a few ticks on the metronome and beefs up the introduction by using a much more bottom heavy sounding kick-drum in the opening measures. On top of the bass drum beat Warren layers a bit of Latin percussion instruments then couples them with some sassy salsa style horns. It overall effect on this track is that even if you’re sitting down there’s no way your booty doesn’t start to say to the rhythm of this music. The seductive quality the vocals credited here to Pepper Gomez along with the horn sections provided by Ron Haynes heats it up to a roiling boil and moves the danceable quality of the original version right on past the peak level of the music meter with this new remake.

While he doesn’t revisit “Rock the Nation” on “Music Is My Life” he does take on “Bang the Box” once again with the result being a seven minute sonic sojourn. Again Warren uses Latin infused flavors to spice up the mix. Here he takes the helm with playing the entire keyboard and drum parts as wall as programming the vocal parts. I remember from my own club days in the way back when where songs like this were what a DJ played when he wanted the crowd to come off the dance floor with the soles of their shoes on fire from the friction caused from getting down with the beat.

Over the past year or so heat seeking artist on the Billboard charts had considerable success with the cross marketing potential afforded with songs sung in languages other than English. Wisely enough he offers up this possibility by taking the title of this album and cobbling it into the hook laden track labeled “Musica Es Mi Vida”. Once again Ron Haynes and Pepper Gomez join forces with Matt here and the over all effect is like some jalapeño laced pico de gallo inside your boogie burrito. And what the repeated Spanish lyrics of “Musica Es Mi Vida” instruct the listener to do when translated is, “Oh what a life, music is my life and don’t you forget it!” That sounds like sound advice it there ever was some.

Included among the eleven tunes that make up the “Music Is My Life” album is “Get on Up”. Once again Matt Warren handles all the percussion, keyboards, and vocal programming parts. When compared with the current offerings in contemporary EDM styles this one comes off as sounding a tiny bit dated, but still has its charm. At the end of this compilation is “The Dark Storm” and it’s a bit of a head scratcher as to why it was included. It’s a solo piano piece written and performed by Richard Meyer Jr. that sounds like it escaped from a New Age or quasi-classical recording and snuck its way on to the “Music Is My Life” album. All I can say is that it’s the oddest way to end a dance record than what I’ve ever heard before. Go figure.