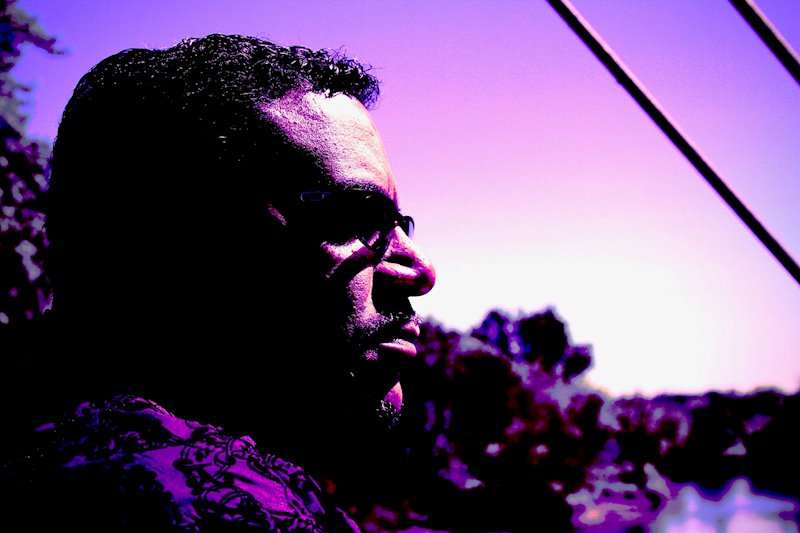 Ralphi Rosario was born in Chicago, where his career began in the early eighties when he started DJ-ing for friends. By then, he was a familiar voice on the radio, and was a member of The Hot Mix Five between 1980-1994, where he showcased his enviable mixing skills. Soon, though, Ralphi Rosario was expanding his musical horizons.

He embarked upon a career as a producer and remixer.  He quickly  became a household name with his classic house anthem “You Used to Hold Me,” became a crossover hit and introduced Ralphi Rosario to a wider audience. This was just the start, and Ralphi continued to produce floor-fillers and anthems that were popular across the globe, including the Latin-flavoured “Brinca” and the huge crossover hit “Take Me Up” which featured Donna Blakely and topped the charts in Europe. Meanwhile, Ralphi’s career as a remixer was going from strength to strength.

Soon, Ralphi was remixing everyone from Lady Gaga, Madonna and Mariah Carey to Depeche Mode, Donna Summer, Goldfrapp and Grammy nominee Katy Perry. In 2012 Ralphi received a Grammy nomination for his work as Rosabel with his production partner DJ Abel Aguilera. This was a huge honour, and inspired Ralphi Rosario, and over the next seven years he has continued to reach new heights as a DJ, producer and remixer as his remix of Matt Warren’s cover of “How Do I Love Thee” which features Pepper Gomez.

My Tweets
Our fearless leader Pepper and @anrgirlholly! The last few weeks have been a blast, so let’s kick it with some @avacherryofficial “Let’s Dance” and party our way through the week!
Welcome to the family, Jose Goo, better known as AFTR! Let’s get that Chicago Techno PUMPING! 🔥🔥
Have you jammed out to #LetsDance by @avacherryofficial yet?! What are you waiting for! Check it out now on our YouTube Channel!
Have you checked out @avacherryofficial newest video for “Let’s Dance” yet? Hit up our YouTube channel and watch the full video, psychedelic, just as #Bowie would have wanted ❤️
It’s time! “LET’S DANCE” from @avacherryofficial is our wherever you listen to music! This is Ava’s take on the classic David Bowie tune!
Have you gotten a chance to see @a_killers_confession “The Shore” music video?! If not, get on it RIGHT NOW! It is available to watch on A Killer’s Confession’s YouTube Channel!
@a_killers_confession #AKCARMY - Mark your calendars and be sure to subscribe, because “The Shore” will be dropping Christmas Eve!
@avacherryofficial will be performing at @uniontransfer @anightofstardust for #PhillyLovesBowieWeek! Mark your calendars #philly ⚡️
A #waybackwednesday with , @marcusmixxchicago! @chicago_reader did a spotlight on our pal on his life, struggles, and music this year - we’re so proud to have you on team #WakeUpmusicgroup ⭐️🎧⭐️ To check it’s out, visit chicagoreader.com/chicago/marcus-mixx-shannon-house-head-studios-trax-gallegos-puppies
How’s the #AKCARMY doing today? What’s your favorite track off of ‘The Indifference of Good Men’ from @a_killers_confession ? ⬇️ Drop your answer in the comments! ⬇️
@avacherryofficial will be performing Sunday Night at @evanstonspace for the Soul Spectacular- Soul Xmas Party! Come through and DANCE!
So many releases within the last 2 years of WakeUp! Swipe to see some of the best! ❤️ To check all these releases out and more, hit up our YouTube Channel!
Why is @waylon_reavis_official laying in the sand? A music video for @a_killers_confession of course! 🤟🏻 What song could it be? Keep your eyes peeled!
What could @avacherryofficial be thinking about with that grin on her face? The possibility of new music, perhaps? #ComingSoon
What is UP @billboard?! @a_killers_confession is ranking on the Mainstream Rock Indicator! Being listed with @ozzyosbourne and @evanescenceofficial is a major achievement! Congrats to the dudes, and by extension, @wakeupmusicgrp! If you’ve not checked out the album yet, search ‘The Indifference of Good Men’ wherever you pick up your tunes!
Here’s some #MondayMotivation for you! @wakeupmusicgrp is 2 years old - and with all our signees on the label, we really started to break ground into the Nu Music realm with #MattWarren ‘Music Is My Life’ - here’s a shot of our fearless leader with Matt and Janis McGee, all of which appear in the “Get On Up” music video - you know, the one we got 100K YouTube views on! 💥 The best way to celebrate with us? Subscribe to our YouTube channel at YouTube.com/wakeupmusicgroup!
Say hello to our newest signee of WakeUp! Music Group, @avacherryofficial! Keep your eyes peeled, new music coming soon! #NewMusic #AvaCherry #WakeUpMusic 📸 @annette_nieves_official
#akillersconfession #theindifferenceofgoodmen #wakeupmusicgroup #newmetaltracks #newmetalmusic #newmetalreleases2019 #waylonreavis #metalalbumoftheyear
Button, Button! Who’s got the button? Or is it the hardest button to button? Here’s the @a_killers_confession x @wakeupmusicgrp buttons we made! 🤟🏻 Keep on rockin’ #AKCArmy!
@a_killers_confession is getting tons of kudos for ‘The Indifference of Good Men’ - including this highlight: “Their sound is a force of nature, destroying everything in its path.” - Scope Magazine 🤟🏻 Be sure to pick up your copy of the album by hitting the link in our bio!